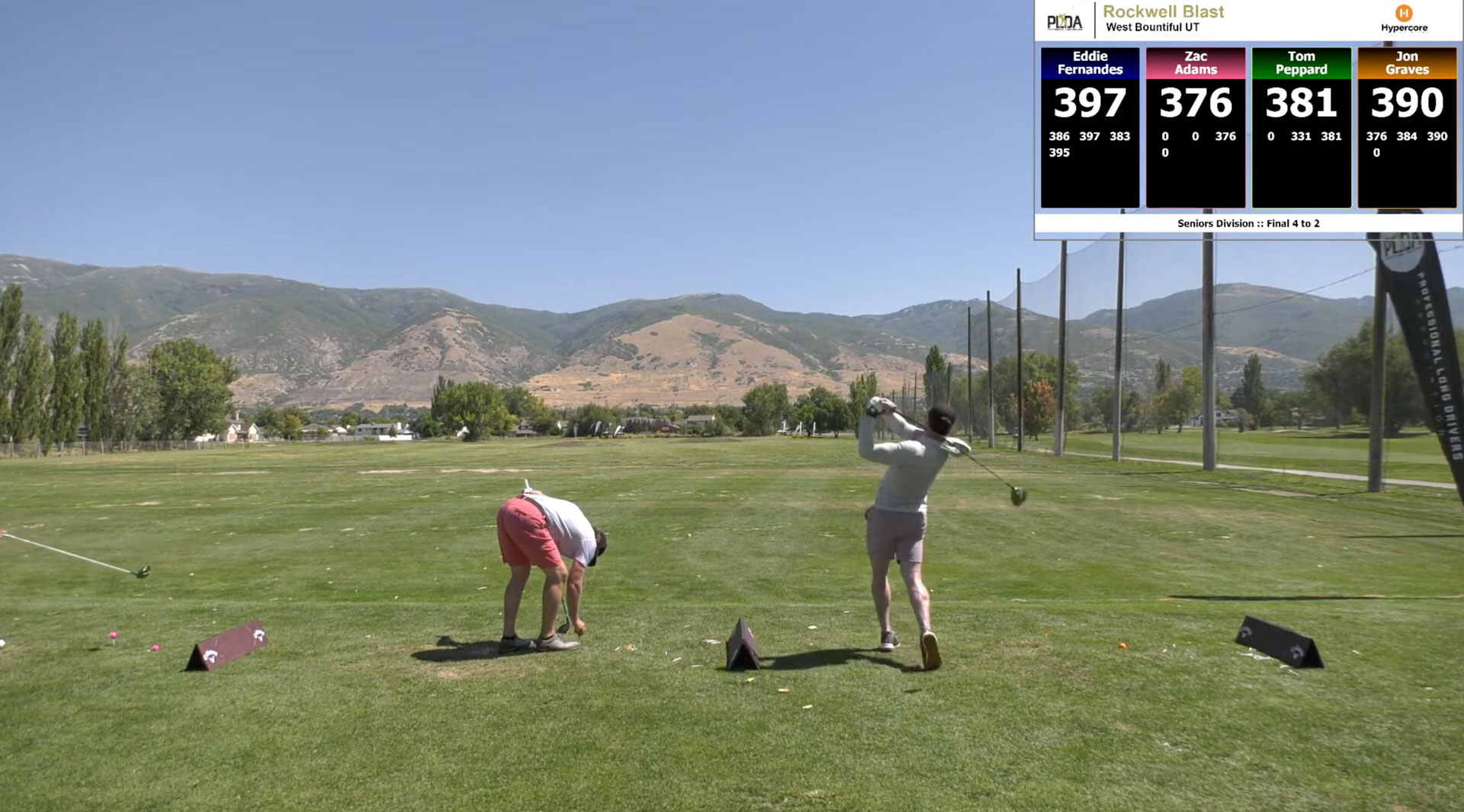 This was my fourth PLDA event. I’ve been training to gain more rotational strength and speed with a personalized program from Bill Miller and fitness coaching by Ryan Engstrom. That includes a ton of work with medicine balls and the new Proteus machine. I’ve also begun to work with Ryan Faust of Fausty Golf to maximize my swing and look for areas where I can gain. With one session under my belt, we’ve already seen an increase of 4 mph with added extension at the top of my backswing and a stronger effort to stop moving laterally sooner and harder. I tested it out on the range to see if I could consistently put it in play. My plan was to get to the Final match and see if I needed the extra horsepower to win. I'm gonna keep working on that leading up to the World Championship next month.

I felt strong all day and won every set but the one with Eddie, who continues to hit 150+ mph swing speed. Coming into today’s event, my top was 145 mph. Unfortunately, Jeff Gavin was unable to make the event, too. I was hoping to match up with them both to see how close I could get as I prep for the World Championship on Sept 30 and Oct 1.

As we got to the Top 8, only Eddie and I had hit balls over 400 yards. Eddie was sitting at #1 with 1,000 points; I was at #2 with 900 points. We both won our Quarterfinal sets and advanced to the Semifinal match with Tom Peppard and Zac Adams. With a ball left, Eddie was in first at 397 yards and I was sitting in second at 390. Eddie and I both missed our next shots, and Zac hit his biggest ball of the day to win the set (and knock me out) with a 398. My day was done.

Looking back, I realize this was my biggest chance to date to take home a win. I'd already beaten Zac twice by 17 and 24 yards. If I just hit a big ball in play out of the last 3 balls in the semifinal match, it might have knocked out Eddie and I'd have gone head-to-head again with Zac. 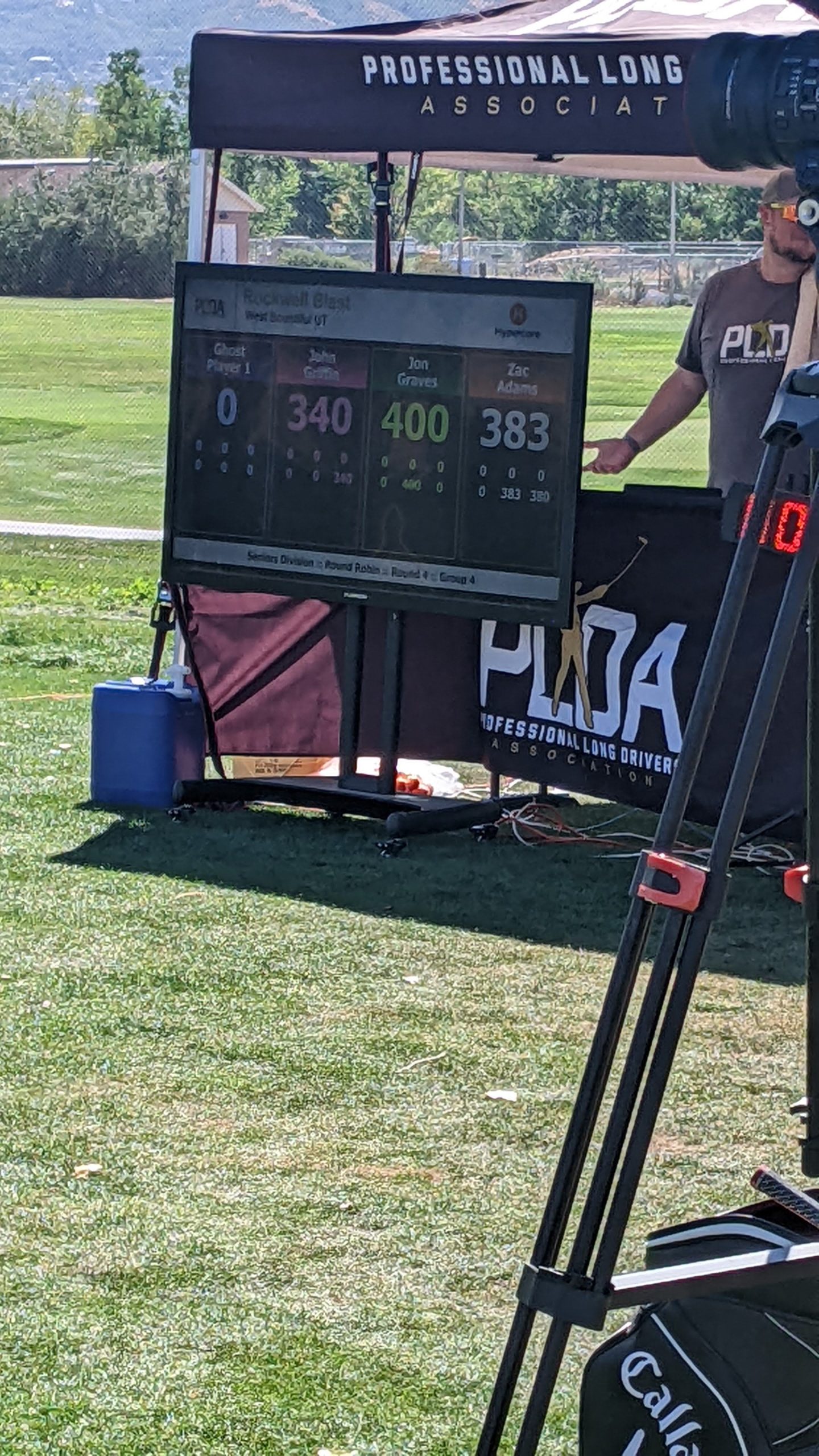 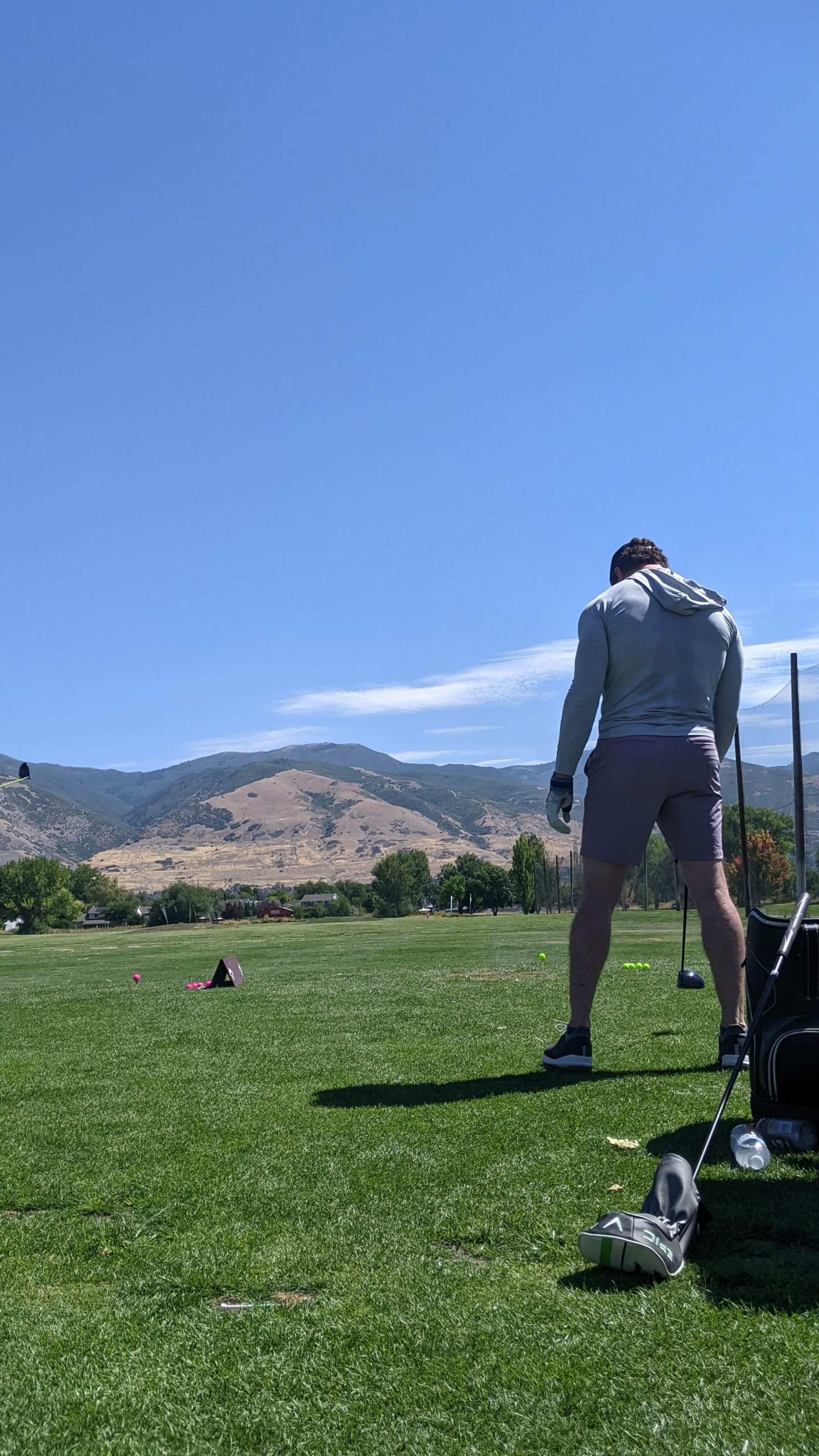 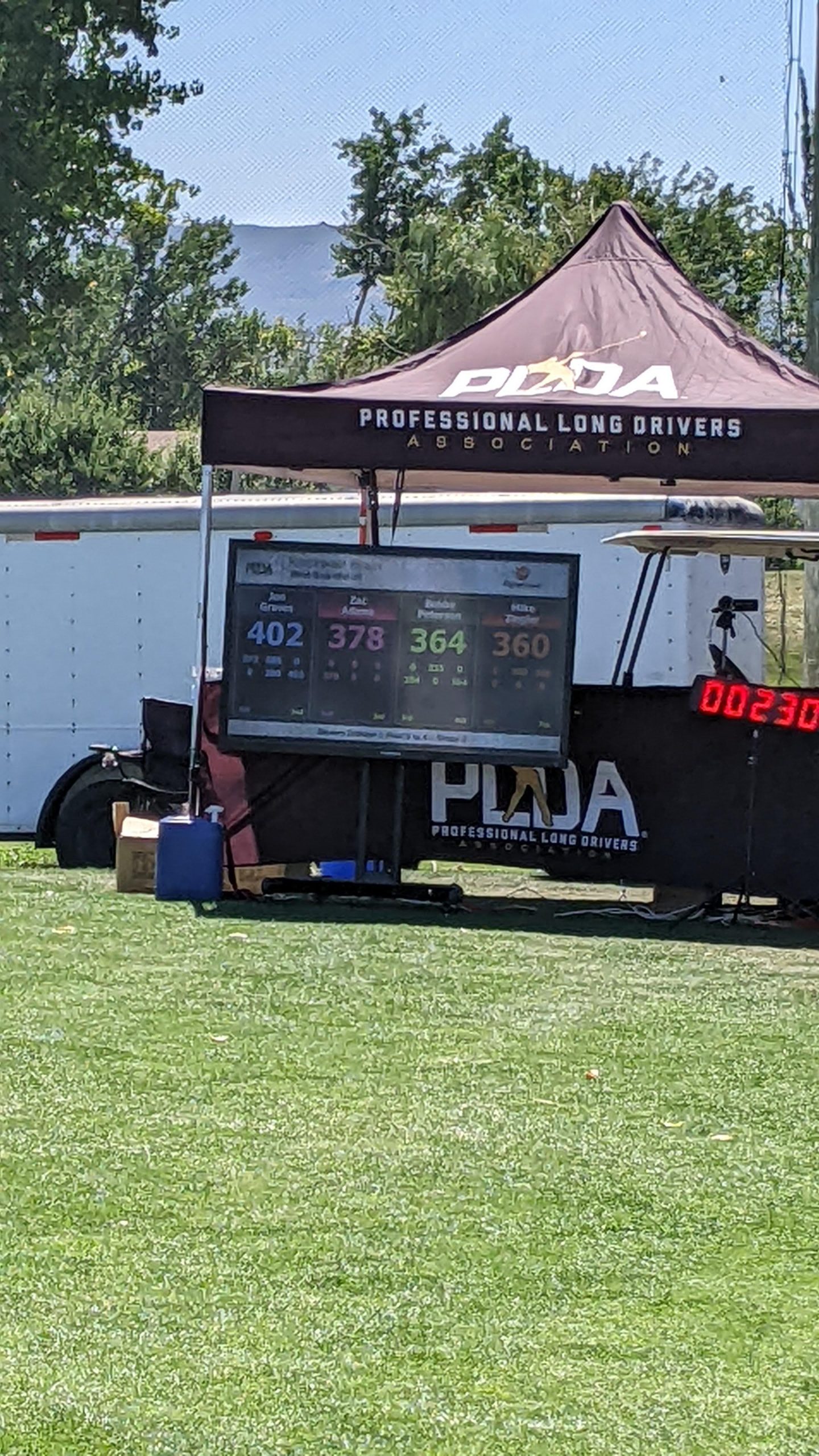 My youngest son, Christian, joined me again on the trip. Hands down, that's always my highlight of the trip. Seeing friend Matt Nicolle qualify for final spot in the World championship was a big moment, too. And nearly killing Zac Adams with a 402 yard shot takes honorable mention.

I had a chance to talk with a few guys at the event, including Ryan Gregnol, Bobbly Bradley, and Brandon Flynn. Hearing from each of them that I have a chance to make some big noise in the senior division—Bobby actually said I have a shot at winning a World Championship on the live broadcast—just fuels the fire I have inside and motivates me to push harder.

My focus for the next 30 days will be to gain as much mobility as I can to build a bigger turn and lengthen my backswing to create more natural speed. If I do, I have a real shot.